In her role as Vice President, Erin Powers represents the next generation of leadership at Frederick Fence.  Erin currently works with her father, Charlie Powers, and oversees all aspects of running the business from accounting and sales to fence installation and fabrication. 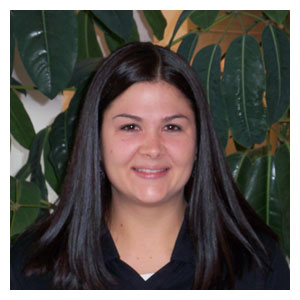 Prior to joining Frederick Fence, Erin worked in the social services field, specializing in psychiatric care.  She holds a Bachelor’s of Science in Psychology from Towson University in Maryland.  What drew Erin to Frederick Fence was a desire to be part of the family-friendly culture her father established and a genuine interest to learn more about the industry that captured her father’s heart.  Erin joined the Frederick Fence team as part of the company’s retail department and has helped grow the company’s retail sales division to a robust team of three sales representatives and four yard staff who manage the shipping and receiving of orders who both support Frederick Fence and the newly created Powers Fence.

As the company’s Vice President, Erin collaborates with her father and the office management team at Frederick Fence to maintain the corporate culture her father established over three decades ago.  She looks forward to working with her siblings and Frederick Fence staff to continue to grow the company and expand its retail sales now consumers have such an avid interest Do It Yourself home improvement efforts.

When she’s not at Frederick Fence, Erin enjoys spending time with her family.  She and her husband are the proud parents of two boys, with a daughter on the way this winter.

For Erin Powers, what sets Frederick Fence apart from its competition is that the company continues to offer the best when it comes to product, price and service.  Erin believes that the company’s reputation speaks for itself.  She is extremely proud that customers often rank Frederick Fence as number one when it comes to service and value and looks forward to maintaining that legacy of family, integrity and loyalty for years to come.

To learn more about the Frederick Fence difference, click here.